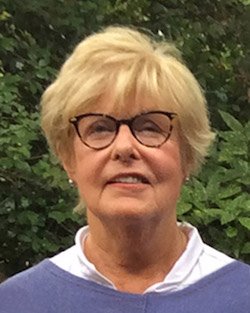 Cynthia moved from Detroit in 2007 to Annapolis. Her work includes scenes of Annapolis, the Great Lakes, Florida, Europe, and the Caribbean. She received a B.A. from Hillsdale College and earned a Masters Degree in Art Therapy from Wayne State University in Detroit. Her work has been included in many well-known juried shows throughout southeast Michigan, as well as the Mitchell Gallery at St. John’s College, the Circle Gallery at The Maryland Federation of Art, Maryland Hall, and her own solo shows in Annapolis. She has been painting in watercolor for over thirty-five years and has been an adjunct instructor at Anne Arundel Community College.